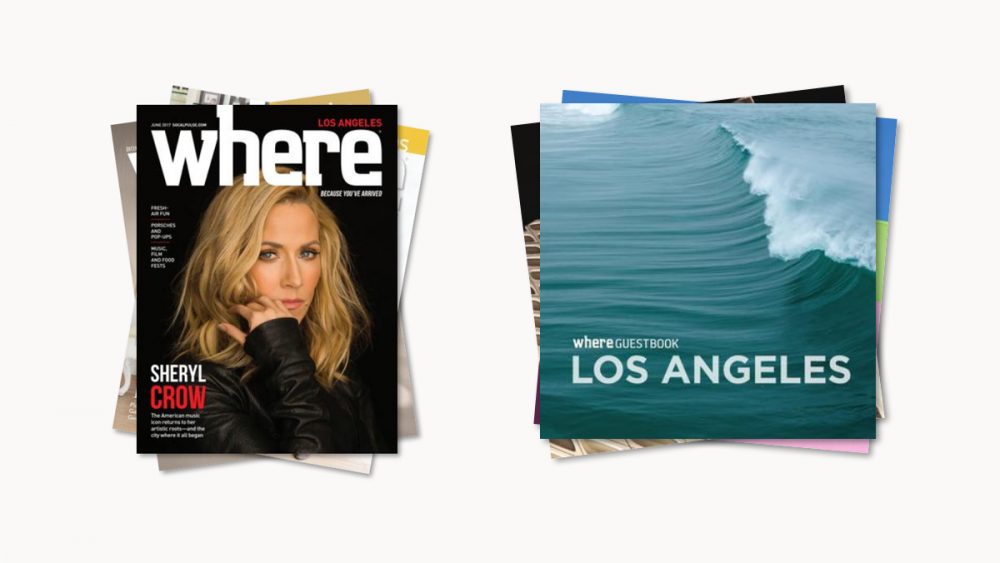 Where Magazine and Guestbook Nominated for Maggies 2017

WHERE Los Angeles Magazine, a monthly, portable guidebook-style magazine has been nominated Best Travel and In-Transit consumer publication, and both the Orange County and San Diego editions of WHERE magazine have been nominated Best Quarterly Publication (circulation over 75,000). The pages of WHERE magazine are filled with information-rich content detailing where to go and what to see and serves as a must-have visitor guide for both travels and hotel concierge alike.

WHERE Guestbook Los Angeles, a hard-back coffee-table book that captures the essence of Los Angeles through insightful feature stories and vibrant photography, has been nominated Best Annual and One-Time Custom Publication (circulation under 75,000).

Announcement of the winners of the 2017 Maggie Awards will be made on Friday, April 28 at the WPA’s annual Maggie Banquet, an event revered as the most prestigious publishing event in the western United States. Publishing professionals from 24 states will gather at the Sheraton Gateway Hotel at the Los Angeles International Airport to recognize excellence in print and electronic publishing in more than 100 editorial, design, promotional and event categories.